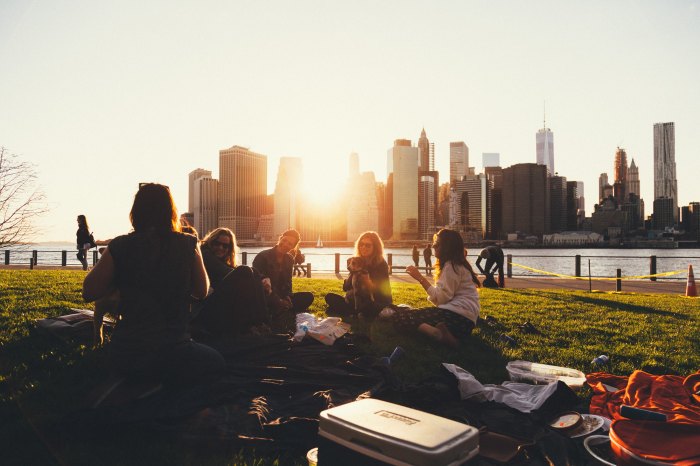 We Are Who We’re With

We all know that the more time we spend with others, the more we become like them. We take on personality traits, inflections, and can even begin to sound like them. Often times, we begin to act like them and their passions become our passions.

I already see this in my kids, who have spent more time with me and their mommy than anyone else. They repeat words and behaviors (for better or for worse) of their parents. Both of my boys are crazy about basketball like their daddy. They are even beginning to recite Bible verses and talk about their relationships with Jesus because their parents care a lot about that sort of thing.

Are We Marked by Withness with Christ?

What about you as an individual? What are you known for? What would people say about their interactions with you if they had to sum it up in a few sentences? How would people perceive you in times of prosperity and in times of suffering? Would there be a connecting, unifying characteristic that would make sense of who you are to those around you?

Consider for a moment the early church, those individual disciples of Christ from the earliest days. They were so passionate about and saturated with Jesus that people began to call them “Christians.” Because of their preoccupation with Jesus, they were devoted to the teachings of Jesus which were handed down through apostolic Word. In addition, the earliest believers loved the people of Jesus. Therefore, the church was devoted to the apostles teaching, fellowship, prayer, and gospel witness (cf. Acts 2-4). In short, they were devoted to Christ, his body, and making him known.

In Acts 4 we get an account of the persecution of these early believers. I have always loved this little description of Peter and John – who despite persecution, threats, and little formal education would preach the gospel with boldness and precious precision.

Now when they saw the boldness of Peter and John, and perceived that they were uneducated, common men, they were astonished. And they recognized that they had been with Jesus. (Acts 4:13)

The boldness and precision, coming from “uneducated, common men,” was astonishing. The religious leaders are stunned at how Peter and John conducted themselves. Yet, even though they were stunned, the religious leaders recognized an important reality: though these were two ordinary men, they had spent time with the God-man, Jesus Christ. Jesus had so radically changed Peter and John that they went from hiding in fear to boldly declaring the resurrection of Jesus in the midst of persecution.

Now, we know that the disciples had seen the resurrected Christ, which obviously would have made a massive difference in their confidence. But how did they continue to stand in the midst of persecution? Where did they find the courage, in the midst of suffering, to continue to spread the fragrance of Christ?

When we read Acts 1-4, we get a fairly simple answer. Peter and John are bold witnesses for Christ because the Lord poured out the promised Holy Spirit. Peter and John, along with the rest of faithful saints through the ages, were and are Spirit-empowered witnesses. The Holy Spirit came upon the people so that they overflowed with love, boldness, and power as they spent time devoted to the word of God (i.e. the apostles teaching), to fellowship together as the blood-bought family of God, and in prayer to God.

As they spent time with Jesus through his word, in prayer, and with one another, the Holy Spirit came and empowered their ministry (Acts 2). It was the Spirit of Christ, being with and in his people, that empowered bold witnesses. That is, Peter and John were with Jesus while he was on the earth. Their boldness in the face of persecution flowed from their fellowship with their Master. But when Jesus ascended to the Father, where would help come from? Amazingly, even though he ascended to the heavens, Jesus did not leave Peter and John or the rest of his followers. He did not forsake them (or us). Instead, he poured out his Spirit at Pentecost. And as the Spirit of Christ came and made his home within the disciples, they continued to be “with Jesus” and draw their strength from his ever-present help.

Withness Individually and as a Church

We live in a day and age where we are always looking for cutting edge methods of spreading the gospel and new discipleship tools. But, could it be that we are skipping the fundamentals?

As a basketball coach one summer, I started by diagramming up plays that required several different things to happen in each one. It took me about 3 minutes of an actual game to realize that our players did not have the proper skills to execute these more complicated plays. They were missing the fundamentals.

What if we first got back to the basics, practiced the fundamentals of the early church as we sought to see people, churches, and cities transformed with the gospel? What if we prioritized times in the Word to see and to savor Jesus (John 5:39)? What might happen if we made prayer more constant as we pursued intimate fellowship with Christ so that we could be transformed into his likeness and set free to walk in obedience (2 Corinthians 3:16-18)? Or, thinking corporately, what if we prioritized getting together as a blood-bought family to fellowship, to dive deep in the Word with each other, and to pray together for the transforming, empowering presence of the Holy Spirit?

What might the Lord do in us and through us if we made intentional efforts, both individually and corporately, to spend more time with Jesus?

People that Resemble and Spread Jesus

For better or for worse the time spent with my kids means they will resemble me and likely own and spread my passions as they grow up. But, it is always for better when we spend time with Jesus. He is someone we want to resemble and we want to spread.

So, why don’t we get back to the fundamentals and prioritize withness that will lead to transformation and spreading?

One thought on “A People Marked by Their Withness”