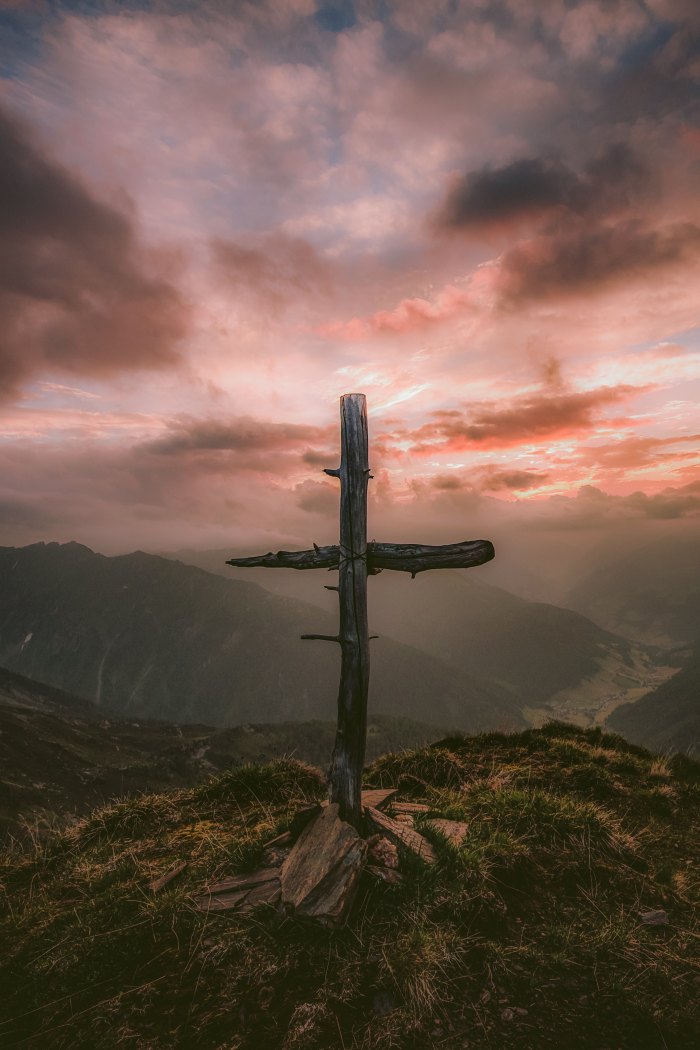 Historically, in the Western Christian tradition, the good news of the saving message of Jesus Christ has been linked closely to the doctrine of justification by faith alone.[1] In short, according to the Reformed tradition, upon the exercise of faith, a person is united to Christ by the powerful working of the Spirit. Having been united to the crucified and resurrected Messiah, the believer is forgiven and declared righteous. Forgiveness, then, is on the basis of the atoning work of Jesus at the cross where he paid the sinners debt (e.g. Col 2:14). Being counted righteous is on the basis of Jesus’ perfect righteousness imputed to the sinner (e.g. Phil 3:8–9). Thus, by grace through Spirit-wrought faith (cf. Eph 2:8–9), a person stands before God as forgiven and righteous on the ground of the person and work of Jesus Christ (cf. Rom 4:6–8).

The above understanding of justification is consistent with the Reformed view (contra Roman Catholicism). Though the Reformation included a diverse body of Christians, and it is somewhat difficult to speak of “the” Reformed position on any doctrine, it seems a consensus was reached on justification in the early 16th century. Alister McGrath notes, “despite the diversity within reforming communities in Germany and Switzerland during the first two decades of the sixteenth century, a broad consensus seems to have emerged by the 1530’s concerning both the nature of justification and the context in which it was set.”[2] In addition, Korey D. Mass writes, “Amid doctrinal confusion, the Reformers relatively quickly reached consensus on the fundamental nature and means of justification. Justification by grace alone through faith alone on account of Christ’s imputed righteousness alone came to be embraced by and enshrined in the confessions of Lutheran and Reformed alike.”[3]

Before mentioning the particulars of justification, however, we should note that the doctrine did not appear on the theological landscape out of nowhere in the 16th century. The doctrine of justification has been recognized as an all-important point of theology throughout church history.[4] Even before the Reformation, justification by grace through faith is asserted by both Patristic and Medieval theologians, though a fully orbed theology of justification as presented by the Reformers was still a future reality. Nonetheless, in the early church, justification by faith, apart from works of the law, is regularly asserted.[5] Clement of Rome wrote that we “are not justified by ourselves, nor by our own wisdom, or understanding, or godliness, or works which we have wrought in holiness of heart; but by that faith through which, from the beginning, Almighty God has justified all men…”[6] Irenaeus writes, “Abraham himself [and other patriarchs] were justified…through faith in God’s promise.”[7] Ambrose states, “Therefore let no one boast of his works, because no one can be justified by his works; but he who is just receives it as a gift…It is faith, therefore, which delivers us by the blood of Christ…”[8] The examples are easily multiplied. The point here is that justification by faith is not a theological construct invented in the 16th-century, though the development of the doctrine certainly comes to maturity in the reformational era.

Korey Maas notes that “the church of the Late Middle Ages confessed no single, dogmatically defined doctrine concerning the manner by which individuals are saved.”[9] When it comes to justification in particular, according to McGrath, “an astonishing diversity of views on the justification of man before God were in circulation.”[10] In general, however, Medieval Catholicism tended to define justification in transformative terms. That is, Catholic theologians, following the lead of Augustine in the 5th century, viewed justification as a process in which God transformed the sinner, making the sinner inherently righteous. This infused or inherent righteousness served as the formal cause of God’s justifying a sinner. Therefore, in terms of theological categories, Medieval theologians tended to collapse justification and sanctification into one. McGrath believes this difference between transformation and declaration is the decisive distinction between Medieval and Reformational views. He writes the following:

The notional distinction, necessitated by a forensic understanding of justification, between the external act of God in pronouncing sentence, and the internal process of regeneration, along with the associated insistence upon the alien and external nature of justifying righteousness, must be considered to be the most reliable historical consideration of Protestant doctrines of justification.[11]

In other words, in a Medieval Catholic view, justification means that God graciously makes a sinner righteous. On the basis of this internal transformation and therefore inherent righteousness, God justifies the sinner.[12] This view finds root in the thought of Augustine. For Augustine, justification is understood as an act of God’s grace, to be sure. Augustine would write, “It is not therefore by the law, nor is it by their own will, that they are justified; but they are justified freely by His grace…”[13] Yet, “Augustine is also the progenitor of the medieval view of justification as a process or renewal (i.e. sanctification). Augustine clearly interprets justification as making righteous.”[14] Thomas Aquinas, writings hundreds of years later, and the most renowned Catholic theologian of the Middle Ages, developed his doctrine of justification in Augustinian terms, though Horton notes that the terminology he employs is Aristotelian. That is, justification, for Aquinas, is “a motion (motus) from injustice to rectitude.”[15]  That is, justification is understood as a process (i.e. processus iustificationis).[16]  This view of justification is standard fare for Medieval theology and serves as the theological backdrop for the Reformation.

Though there are complex reasons for the Protestant Reformation, doctrine was a central concern. Matthew Barrett writes, “most fundamentally, the Reformation was a theological movement, caused by doctrinal concerns.”[17] At the heart of the doctrinal controversy was the subject of the gospel, cast in terms of justification by faith alone.[18] It is not surprising, then, to find Luther, Melanchthon, Calvin, and their theological children (e.g. Francis Turretin, Peter van Mastricht, John Owen, Jonathan Edwards, etc.) spilling large amounts of ink in order to clarify, defend, and promote justification sola fide. On this article, the church would stand or fall.

Perhaps, though, we are getting too much into the weeds with this historical introduction. The point is simply that the biblical doctrine of justification is something theologians in every era of church history have wrestled with to one degree or another. Today, the doctrine of justification is being discussed across denominational aisles. Protestant-Catholic dialogues are taking fresh looks at justification.[19] The New Perspective on Paul (NPP) has sought to rework justification in light of the work of E. P. Sanders, J. D. G. Dunn, and N. T. Wright. Lutheran discussions over the doctrine continue to take form.[20] Thus, justification is by no means a settled doctrine. Furthermore, how we understand the nature of justifying faith is something evangelicals are discussing. Within the realm of New Testament (NT) studies, some scholars are wrestling with pistis (faith) and how we have understood the word itself.[21] Therefore, given the discussions around justification broadly, I believe pastors should keep up-to-date with the conversation.

Towards that end, here are several resources that are worth your time:

[1] The Eastern tradition has tended to speak of salvation in different terms. Namely, Eastern theology has leaned into the concept of theosis, or deification as the controlling idea of salvation. “Unlike the Western Church, Eastern Orthodoxy has never seen justification as a central category by which to express the soteriological process” (James K. Beilby and Paul R. Eddy, eds., Justification: Five Views, (Downers Grove, IL: IVP Academic, 2011), loc. 396 [Kindle]. This is not to say that Eastern theologians reject the doctrine of justification per se, but that they do not believe the traditional reformed view articulates the doctrine in precise terms. See Bradley Nassif and James J. Stamoolis, eds., Three Views on Eastern Orthodoxy and Evangelicalism, Counterpoints (Grand Rapids, MI: Zondervan, 2004).

[5] According to Michael Horton, “In a recent essay, Nick Needham has provided a helpful collection of patristic quotations on justification. First, the common usage is forensic. “It would seem a minor strand of patristic teaching sees justification as meaning moral transformation, what Protestant theology calls ‘regeneration’ or ‘sanctification’” (Horton, Justification, Vol 1., 82.

[12] Augustine sets this trajectory and, according to McGrath, he provides three aspects of justification. “[F]irst, the washing of regeneration, by which our sins are forgiven; then confession of our sins, the guild of which has been remitted; thirdly, through our prayers, in which we say “Forgive us our sins” (McGrath, Iustitia Dei, 71). Notice how justification includes the theological category of regeneration. It is this type of collapsing of theological categories that the Reformers will reject. Though regeneration, justification, sanctification, and future glorification are inseparable, they are distinct theological realities.

[18] Timothy George writes, “Protestantism was born out of the struggle for the doctrine of justification by faith alone. For Luther this was not simply one doctrine among others but “the summary of all Christian doctrine” “the article by which the church stands or falls” (Timothy George, Theology of the Reformers, 25th anniversary, rev. ed. (Nashville, TN: B & H Academic, 2013), 63).

[19] A. N. S. Lane, Justification by Faith in Catholic-Protestant Dialogue: An Evangelical Assessment, Scholars’ Editions in Theology (London; New York: T&T Clark, 2006). The Reformanda Initiative is another ministry engaging Evangelicals and Catholics in dialogue. According to their website, “Reformanda exists to identify, unite, equip, and resource evangelical leaders to understand Roman Catholic theology and practice, to educate the evangelical Church and to communicate the Gospel” (https://www.reformandainitiative.org/about-us-1).

11 thoughts on “In the Weeds of Justification by Faith Alone: Some Background and Suggested Resources”