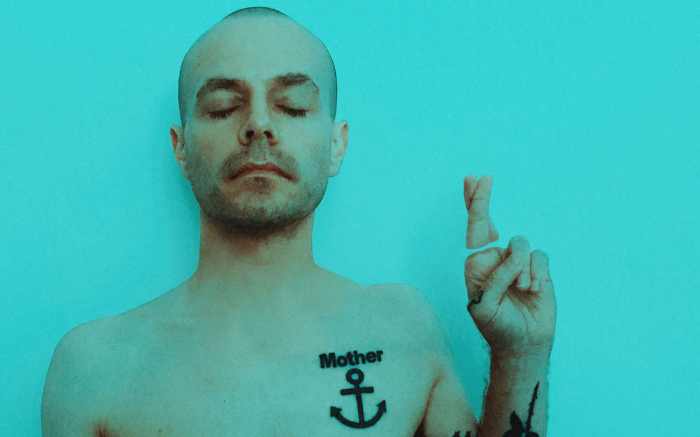 Derek Webb is an ex-Christian.

For those of you who may not be familiar with Derek Webb, he is a musician that played in the Christian band Caedmon’s Call in the 1990s and early 2000s before embarking on a solo career. Derek wrote songs grappling with theological truth, ranging from topics about God’s sovereign election (“Thankful”), the depravity of man (“Crooked Deep Down”), and the priority of love as a mark of true Christianity (“The Church”).

He is a songwriter with depth and honesty to his lyrics. He looks at the world and tells us what he sees. For me and many of my friends in college, we listened as he worked out his theology in a deeply personal way that made him a representative figure for many of us on the same walk.

And yet a few weeks ago I listened with deep sadness to a podcast where Derek vehemently rejected Christianity. He spoke with vulgar language. He explained how he found more comfort in alcohol than he did in the truths of the gospel. At one point, he expresses that, in light of the suffering in the world, either there is no God or the one that exists is a “f***ing ***hole.”

Derek Webb is just one among an ever-increasing category of those who identify as “ex-Christian.” They grew up in the church, many even gave their lives in various roles in the church, and yet today they reject Christianity as a delusion at best or oppressive and even evil at worst.

Option number one is untenable with biblical truth. I sincerely pray that option 2 is the case for Derek and for all who are in his current camp. But, sadly, we know that this is not true for all of them; some of them have genuinely rejected the gospel and will not return. That leaves option 3 as the only possibility: they were never genuine Christians.

At this point the conversation can diverge into two unhelpful ditches. On the one hand, we can try to start picking at the person’s life and saying, “See, we should have seen this coming.” Some may point to Derek’s salty language in some of his songs or his affair and subsequent divorce. But this is completely unhelpful and displays a lack of grace and humility. Christians have affairs. Adulterous thoughts rage in most of our minds even if we don’t physically have affairs (which to Jesus makes us equally guilty). Christians have different standards of what words are acceptable for what purposes. We ought not use his apostasy to point fingers at the struggles in his life or his views with which we do not happen to agree.

But an equally unhelpful divergence is to deny that ex-Christians were never genuine Christians. Many of these ex-Christians argue adamantly, “No, I was a Christian. I believed it. I was a pastor/song leader/youth worker/conference speaker/musician/committed church member. I was a Christian and now I am not.” The same doubts may arise in our minds: How could someone that I was so sure was a Christian, someone from whom I even learned a great deal, how could they never have been a Christian at all?

The answer lies at what is the true nature and cause of genuine saving faith. Jonathan Edwards is helpful for us here:

“Men may have a strong persuasion that the Christian religion is true, when their persuasion is not at all built on evidence, but altogether on education, and the opinion of others; as many Mahometans are strongly persuaded of the truth of the Mahometan religion, because their fathers, and neighbors, and nation believe it. That belief of the truth of the Christian religion, which is built on the very same grounds with a Mahometan’s belief of the Mahometan religion, is the same sort of belief. And though the thing believed happens to be better, yet that does not make the belief itself to be of a better sort; for though the thing believed happens to be true, yet the belief of it is not owing to this truth, but to education” (emphasis mine).

Edwards makes a vital distinction here between two kinds of belief. There is a way to “believe” in Christianity that is not genuine saving belief. You can believe in Christianity because you are educated in it, because those around you believe it, and because you are genuinely convinced in your mind that it is a true religion. You can be convinced of and committed to Christianity in the same way you can be convinced of and committed to false religions or sports teams or opinions about which James Bond movie is the best. And yet this is not saving faith, no matter how committed it looks on the outside. This is a kind of belief that can be altered or even abandoned.

True saving faith, as Edwards explains, looks like this:

“A spiritual conviction of the truth of the great things of the gospel, is such a conviction, as arises from having a spiritual view or apprehension of those things in the mind. And this is also evident from the Scripture, which often represents, that a saving belief of the reality and divinity of the things proposed and exhibited to us in the gospel, is from the Spirit of God’s enlightening the mind” (emphasis mine).

True saving faith is not being exposed and educated in the Christian religion and coming to a conviction that such things are true. True saving faith happens when God by His Spirit enlightens the mind and helps us see not only the truth of the gospel but the loveliness and divine nature of it. It is beholding not only the truths of the gospel but also having God work on our souls to rejoice in the glory of God as He is revealed in these truths. True conversion happens when God shines “in our hearts to give the light of the knowledge of the glory of God in the face of Jesus Christ” (2 Corinthians 4:6, emphasis mine). It is a divine work done by a God who never changes His mind or alters His purposes in history. And thus it will always, always persevere.

I don’t deny that Derek Webb or ex-pastors, ex-missionaries, ex-ministry workers, and those who define themselves as ex-Christians were at one time completely convinced of the truth of the gospel. Their belief in its truth is evidenced by the fact that they built their entire lives around it. But what I deny is that the eyes of their hearts were opened by God to truly savor the glory of God revealed in those truths. I’m not saying they didn’t believe that God was glorious. I’m saying that their conviction was a human conviction and was based upon education and circumstances and not the supernatural work of God to shine in their hearts the beauty and glory of gospel truths.

And that is why they were able to lose the faith they had.

** Due to a number of criticisms of this post, I’ve attempted to show a biblical justification for the idea that some faith is not of God and thus not true saving faith in this follow-up post.**

58 thoughts on “Derek Webb, Wrestling with the Category of “Ex-Christian,” and the Nature of True Saving Faith”