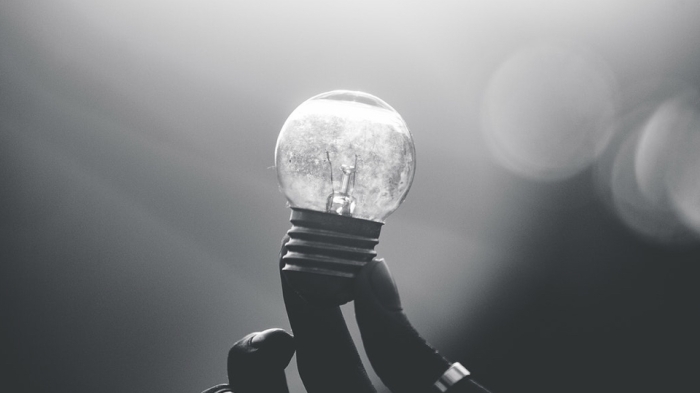 By all accounts, John Calvin, the great Genevan reformer and systematician of the Reformation age, was an educated man. His early educational endeavors help set a trajectory toward a rigorous pattern of intellectual engagement that will mark his ministry. If pastors would cultivate a robust life of the mind (and they should), then paying attention to the intellectual discipline of someone like Calvin might provide needed encouragement and example.

For Calvin, learning was continually part of his life. At an early age, his father had planned for Calvin to pursue a career in theology. Towards that end, Calvin left for Paris and entered the College de le Marche at the tender age of twelve. It was not long after, however, Calvin moved to the College de Montaigu, a place known for its adherence to orthodoxy and strictness. It is at Montaigu that Calvin would meet John Major, read Peter Lombard, and become acquainted with the writings of St. Augustine.[1]

For reasons not completely clear to me, Calvin switched from the study of theology to the study of law around 1528. In order to pursue this course, Calvin enrolled at Orleans to study under their famous Faculty of Law. Here Calvin meets Pierre l’Estoile, a faculty member at Orleans and premier legal scholar. Calvin’s law studies also took him to Bourges around 1529 where he met the rival of l’Estoile, Alciati, an Italian legal scholar. Both men had an impact on Calvin, though Calvin personally (though not necessarily intellectually) favored his fellow Frenchman, l’Estoile. These were formative years for Calvin. Bruce Gordon remarks, “the enduring legacy of Calvin’s legal training on his theology was enormous.”[2] Yet, more than his theology was impacted. The program of study required Calvin to throw himself into a disciplined regimen. Gordon remarks that the rigor of his studies “may have been brutal, but it instilled in Calvin a disciplined pattern of life and work he would maintain until his death.”[3] In short, as his friend Theodore Beza notes, “He worked hard has his university studies,” and this hard work would characterize Calvin throughout his life.[4]

After the death of his father in 1531, Calvin was free to pursue his own intellectual interests. Francois Wendel writes, “the death of his father made Calvin the master of his own destiny, free to pursue what career he chose.”[5] Thus, instead of returning to Bourges, Calvin heads to Paris to pursue his literary interests, finishing his commentary on Seneca around 1532. Yet, Calvin does not entirely give up his pursuit of law, returning to Orleans to finish his law degree after the publication of his commentary on Seneca. Eventually, Calvin travels once again to Paris, though it is not clear what he was doing during this time.[6] It seems he was somewhat involved in the College Royal, possibly lecturing on Seneca, and spending time with friends of Protestant persuasion.[7] At some point in or around1533, Calvin is converted to Protestant ideas. He would soon link arms with the Reformation movement.[8] When his friend Nicholas Cop delivers a Lutheran sounding address in Paris in 1533, both Cop and Calvin are forced to flee.[9] Thrust out of Paris, Calvin’s educational pursuits in the major intellectual centers of France have ended. Yet, his desire to engage in a rigorous life of the mind follows him wherever he goes.

In some way Calvin’s educational life is unremarkable. Attending schools at a young age and pursuing degrees are somewhat standard fare. Yet, even in the mundane, we learn from Calvin. If pastors would be theologians, they must give themselves to disciplined study, engaged in rigorous programs of thought. Rising early, reading well, writing precisely, and thinking deeply require a great deal of concentration. Calvin’s example is one to heed at exactly this point. Calvin studied diligently. Gordon notes, “unless prevented by illness, the mature Calvin rose daily around four and his long work day was punctuated by prayer and simple meals.”[10] After dinner, Calvin continues his labors. Scott Manetsch writes, “Calvin’s practice was to retire early in the evening after dinner to prepare his sermon for the following day or to make progress on writing projects.”[11] Even when the sun would set, Calvin continued to think.

This work ethic is in many ways exemplarily. Though Calvin’s health would suffer due to his extreme discipline, and we are right to consider his excesses, we are wise to look to his pattern of life. Though pastors do not need to enter into formal programs of study in order to pursue a rigorous life of the mind, the intellectual discipline exhibited by Calvin in his early years of study, and consistently displayed in his years of ministry in Geneva, is worth emulating. If a pastor is to become a pastor-theologian, helping his people think carefully about God, his Word, and this world, disciplined study must mark the man.

Calvin knew this as well. Intellectual engagement would characterize his ministry and that of his successors. For instance, Theodore Beza, the heir to Calvin’s leadership role in Geneva, would “work at his desk late into the night.”[12] Furthermore, in the Ecclesiastical Ordinances of 1541 (written by Calvin), pastors were called to continued study. The Ordinances “mandated that Geneva’s pastors be lifelong students of the sacred text; ministers who neglected their studies—and particularly the study of the Scriptures—were subject to consistorial admonition and even formal discipline.”[13] Not only did Calvin understand the importance of study in his own life, as displayed in his educational background and academic efforts, but he understood the importance of study for pastors in general.

Calvin was not averse to thinking. Rather, Calvin’s life was profoundly thoughtful. I suggest that this is a healthy example for pastors. Though visiting the sick, caring for the poor, responding to emails, scheduling volunteers, and counseling the fainthearted are all indispensable parts of pastoral work, these duties must not cause the pastor to neglect a healthy life of the mind. Indeed, the pastor who neglects deep thinking will have little substance to convey to those who are sick and poor, will be unprepared to respond to difficult emails and questions, and unable to counsel in biblically penetrating ways. Pastor-theologians simply will not exist for the good of their churches apart from a disciplined regimen of continued study.

[6] Interestingly, Gordon notes that Calvin disappears from the public record for about a year. Thus, the exact timeline of Calvin’s life is a bit unclear (Gordon, Calvin, 32).

[8] Calvin has left seemingly conflicting accounts of his conversion. In 1539, writing to Cardinal Sadoleto, Calvin describes his conversion as gradual. In the preface to his commentary on the Psalms (1557), the conversion is “sudden.” However, Bruce Gordon has argued the two accounts are not conflicting but emphasize distinct points. See Gordon, Calvin, 33–35.

One thought on “Pastor, Let’s Think This Year: John Calvin as Model of Thoughtfulness”